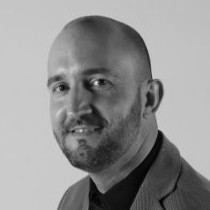 The French and spelling: a great love story - or maybe not! While grammar holds no more secrets for you, be aware that spelling can also have a few surprises in store...

Indeed, nothing will destroy the author’s credibility faster than a poorly written message.

Here is a small selection of spelling subtleties from the most commonly encountered ones. It might bring back some good or bad memories!

The numeral adjective “mille” remains invariable, whereas the noun “mille”, used as a unit of measurement, particularly in aerial and maritime navigation, takes plural agreement.

Why do you need a “e” and not an “a”? Originally, the expression was written “ce dessus dessous”, then “cen dessus dessous”, where “cen” was the contraction of “ce” and “en”. Which therefore meant that what had been above was now underneath.

When you want to say “to be related to”, it is the term “affaire” you need to use in the expression “avoir affaire à”.

The use of the expression “avoir à faire (quelque chose)” means “to have to do something”.

Although the spelling “autant pour moi” seems to be generally accepted now, this expression was originally a military one, meaning that soldiers had not completed a movement on time and had to repeat it from the very start.

This expression is now used when someone is admitting to their mistake.

Even if the adjective that follows is feminine and/or plural, the term “tout”, used as an adverb (in the sense of “completely” or “fully”) remains invariable and therefore does not agree in number or gender.

This expression is used to describe accommodation that has no storeys, with all the rooms situated on the same level. The origin of the adjective “plain” with an “a” and not an “e” comes from the Latin “planus”, meaning “flat” or “level”. In addition, the expression contains a hyphen.

In the figurative sense, it means “directly” and “without transition”.

When used to express the fact that someone is on the verge of doing something, or to indicate physical proximity, the term “près” is written with the final “s” and remains invariable.

However, its homophone “prêt” followed by “à” means “prepared for” or “disposed to”.

These two expressions are paronyms, meaning the words are pronounced in roughly the same way.

”à l'attention de”, particularly at the start of a letter, is used to indicate that you are writing a letter to someone, that you want it to be brought to their attention. This expression can be replaced by “à l'adresse de”.

“à l'intention de” means that we are doing something in honour of someone else, so that it will be beneficial to them.

This expression means the deadline date which cannot be exceeded, particularly in a business setting.

The term “butoir” is placed in apposition to the feminine noun “date” and therefore does not agree in gender. However, it may agree in number if the noun preceding it is in the plural.

This adverbial expression is the abbreviated form of “et cetera”. It is always preceded by a comma and is never followed by an ellipsis, just a single full stop. In fact it comes from the Latin meaning “and the other things”, and therefore has the same meaning as an ellipsis.

Turning to specialist linguists is thus synonymous with quality in your writing and credibility in the eyes of your customers.

Are you looking for a translation agency?

Our teams of certified translators and project managers are standing by to study your project and support you in your international development.

Past participle agreement, transitive verbs etc… French grammar isn’t always very straightforward! Unfortunately, in the business environment, it can really harm your prospects (a proposal littered with errors will have more chance of being rejected than a fault-free business proposition)....